The project is very much alive though and I have spent the last months using and testing the database.

Doing this during the breeding season actually turned out to be beneficial because I had to add many new observations and even more newly ringed individuals that I have not observed yet.

As a result, I found many small errors that I had to fix and I had to make various changes to improve the workflow. I have also added some new features, all of which I will report on after the breeding season when I have more time.

This week though I have spent an evening putting together a layout to view the database on my iPhone, using the mobile version of FileMaker, FileMaker Go.

This way, I can take the database with me while I’m observing gulls and reading rings out in the field. Very helpful.

Below are some screenshots of the layout (taken on a Dutch iPhone some of the text is in Dutch):

Searching for a code. 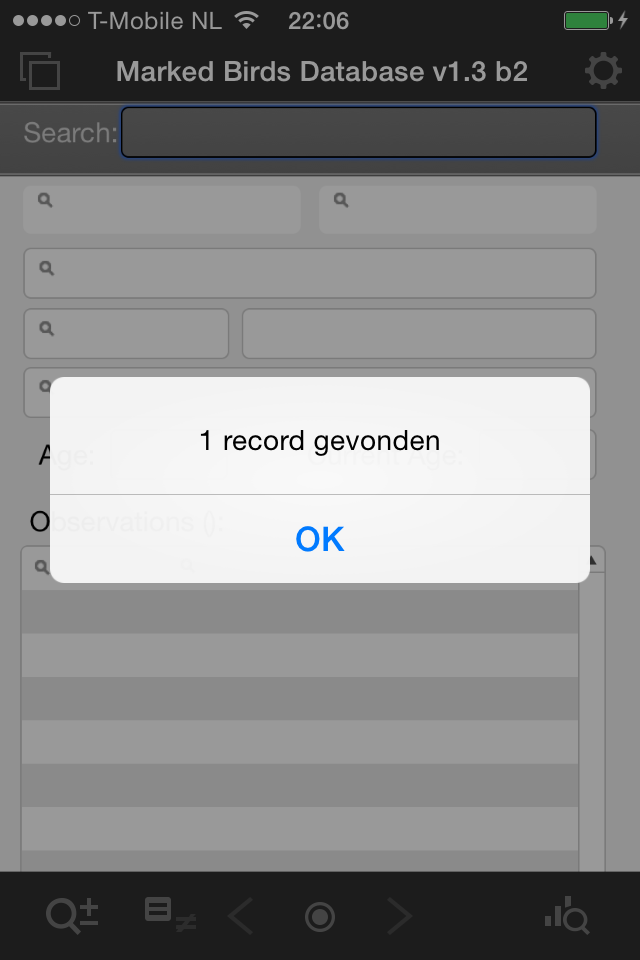 The layout shows just the basics: codes, where and when it was ringed, age at the time it was ringed and its current age, followed by my observations.

Scrolling down to see on which leg each ring is fitted and what the reading direction is of color rings.

Finally, all photos can be viewed.

Tapping a photo allows you to view it in full.

Options for sharing an image.