Young gulls face many challenges in their first few weeks and months and some of them will not survive long enough to leave the colony they were born in.

They may not realise that one of the dangers is lurking beneath the water they are swimming in.

Today I witnessed how a juvenile Black-headed Gull Chroicocephalus ridibundus was grabbed from the water surface by a Northern Pike (Esox lucius), drowned and eaten.

Composition of 4 images, showing how the juvenile Black-headed Gull is eaten on the surface of the water by the Northern Pike.

I didn’t see how it started but my attention was drawn to a group of Black-headed Gulls that all of a sudden were flying above the water while making a lot of noise. They were very much aware of what was going on and continuously dove from a short distance above the fish in an attempt to drive it away.

This scene went on for some 10 minutes, during which time the fish seemed almost stationary on the surface while sometimes dragging the gull underwater for a short moment. 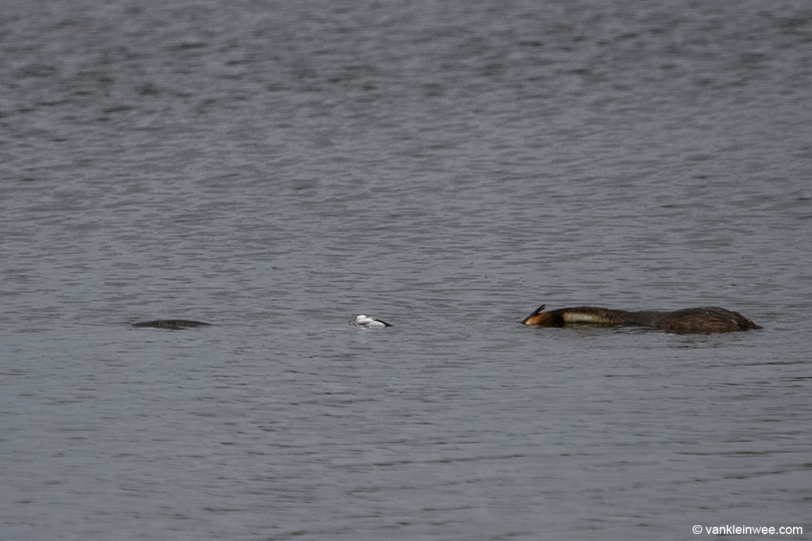 A Great Crested Grebe (Podiceps cristatus) came over shortly to see what was going on.

All images were taken in the gull colony of Zoetermeer, the Netherlands, 22 June 2014.