When it comes to distinguishing 1st-year individuals, I have always learned that this can best be done in the later winter months such as January when any 1st-winter Herring Gull showing an (almost) full juvenile plumage is considered to be a Scandinavian Herring Gull. Such as this one photographed on 20 January 2011 in Leiden, the Netherlands (note the single replaced scapular):

This week I learned that the opposite is also possible: a bird with many replaced scapulars and wear in the tertials as early as August can easily originate from Finland (source: the helpful Scandinavian gull lovers on the European Gulls Facebook page).

I would not expect to see such characteristics in my local gulls at this time of year. In fact, I would much more associate this with Yellow-legged Gulls Larus michahellis or Caspian Gulls Larus cachinnans (but possibly still not as early as in August).

Gull in question was this individual that I photographed in Leiden, the Netherlands on 19 August 2014. 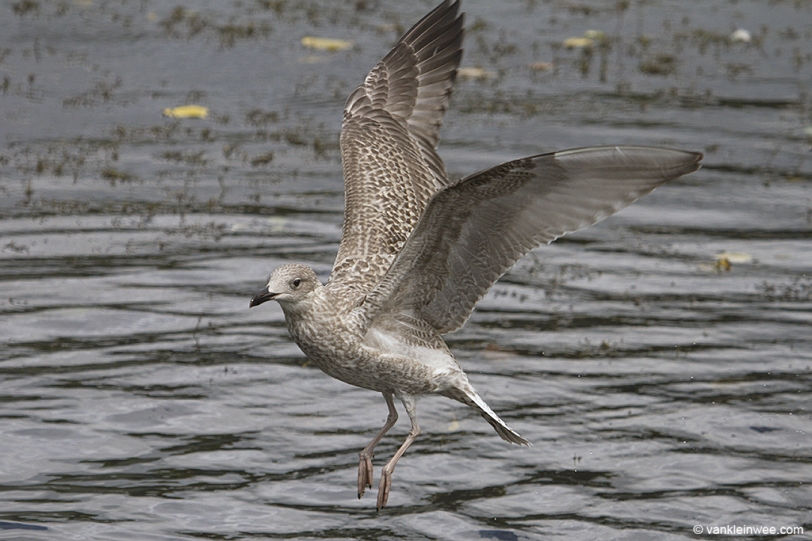 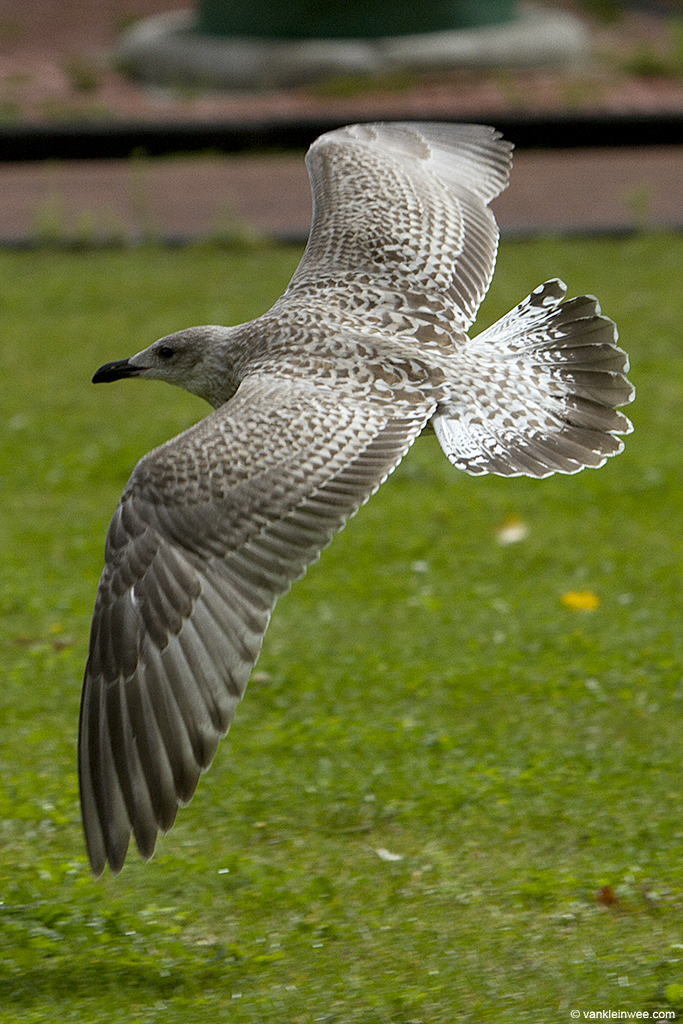 I’m pretty happy with this new rule, as long as it makes them stand out from my local gulls!