It was ringed as Green YAWC in the gull colony of IJmuiden (Forteiland), the Netherlands as a chick in July 2011.

Note the 2 black spots in the tail and the large amount of black in the greater primary coverts. 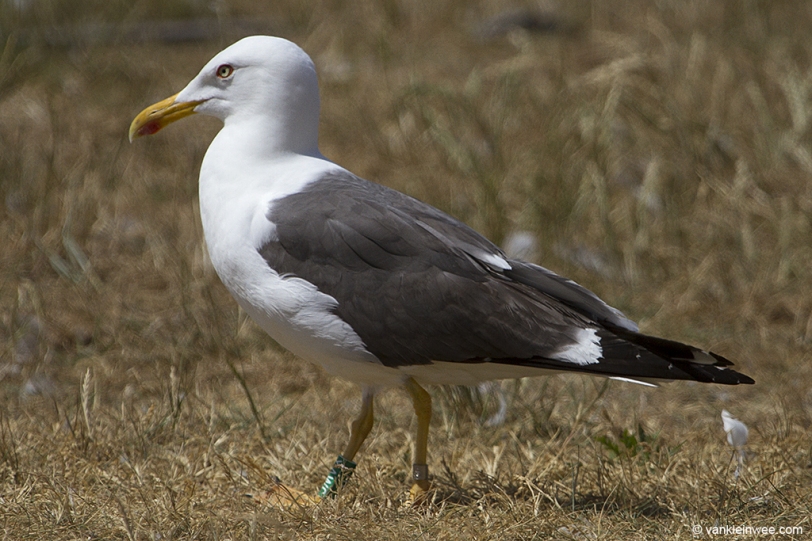 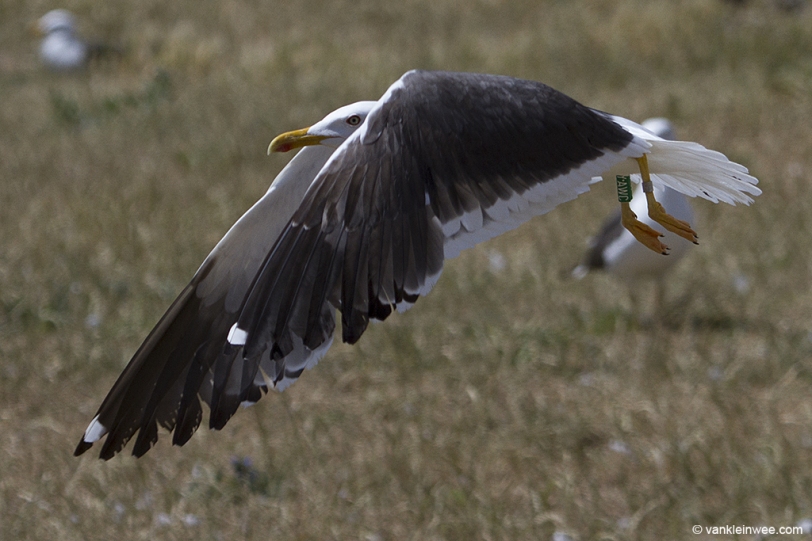 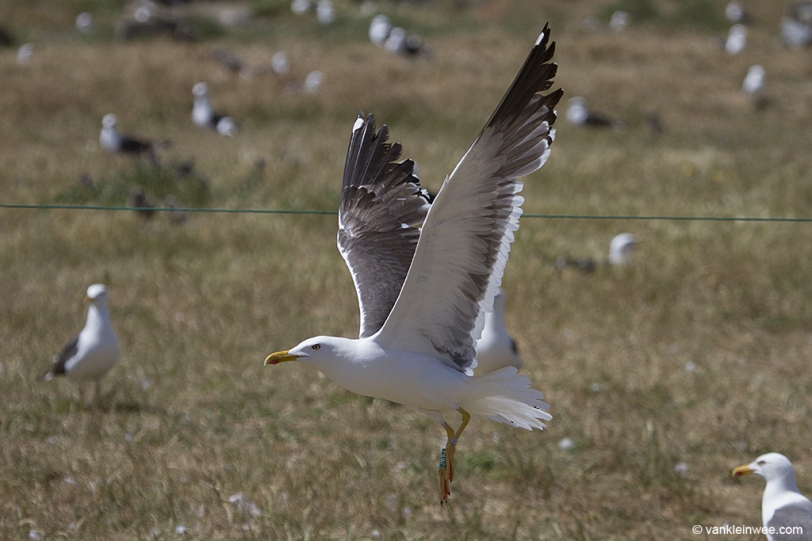 Katwijk aan Zee, the Netherlands, 27 September 2014. It stayed here for a few days after which it was observed in Belgium at the end of October and in Spain and Portugal at the end of December.

In non-breeding plumage. Note the multi-colored bill, the dull yellow legs and the striation on the head. 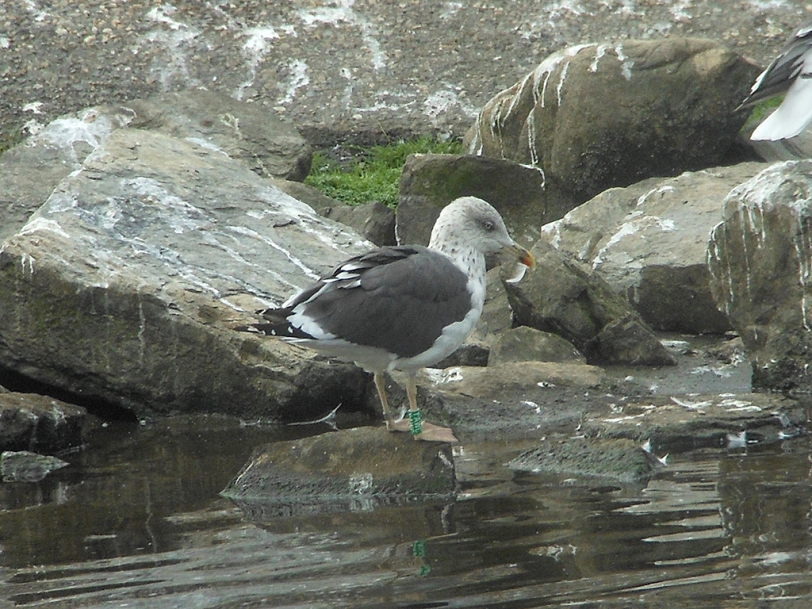 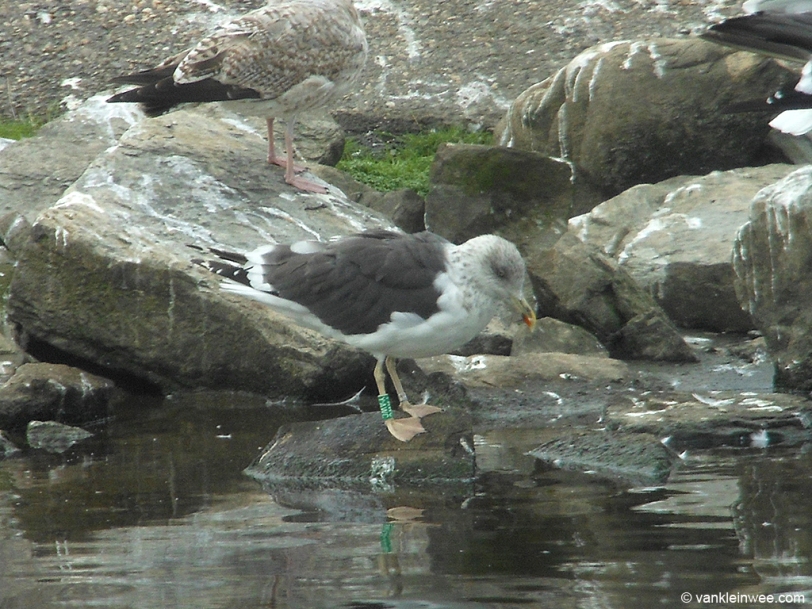 As a typical 3rd-calendar year in June with much brown in the coverts, dull yellow legs and much black on the bill. 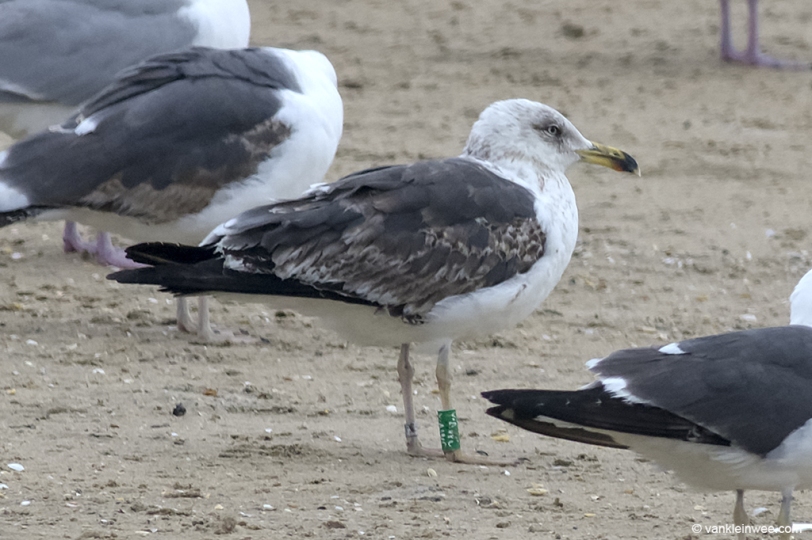