Images of 6th-calendar year, leucistic Lesser Black-backed Gull Green Y.AXL, seen in the gull colony of IJmuiden Forteiland, the Netherlands during the breeding season of 2016.

It’s a beautiful gull showing an interesting mix of sub-adult and leucistic characteristics in its plumage.

In May, it turned up with a female partner, a Lesser Black-backed Gull. We have no indication though of any breeding activity this year. It’s still a young gull, so maybe next year. 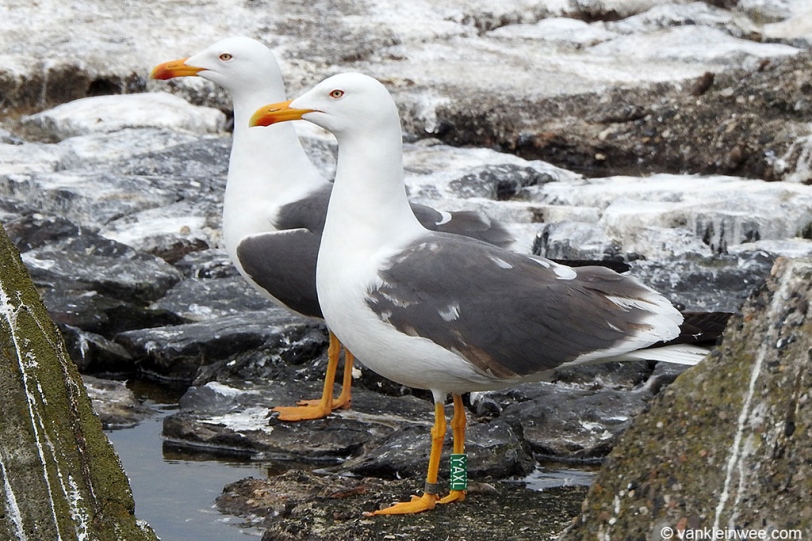 The sub-adult features can be clearly seen in the wing and tail: 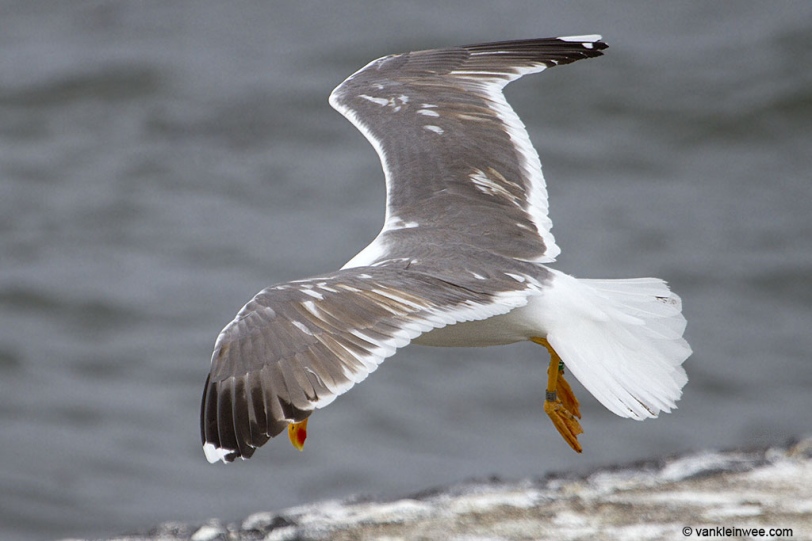 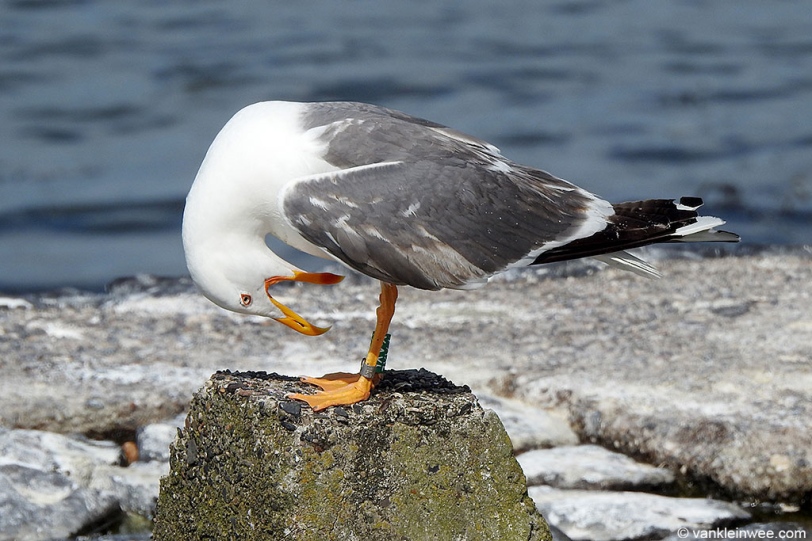 Note the primary moult and the fully white P1 in the left wing: 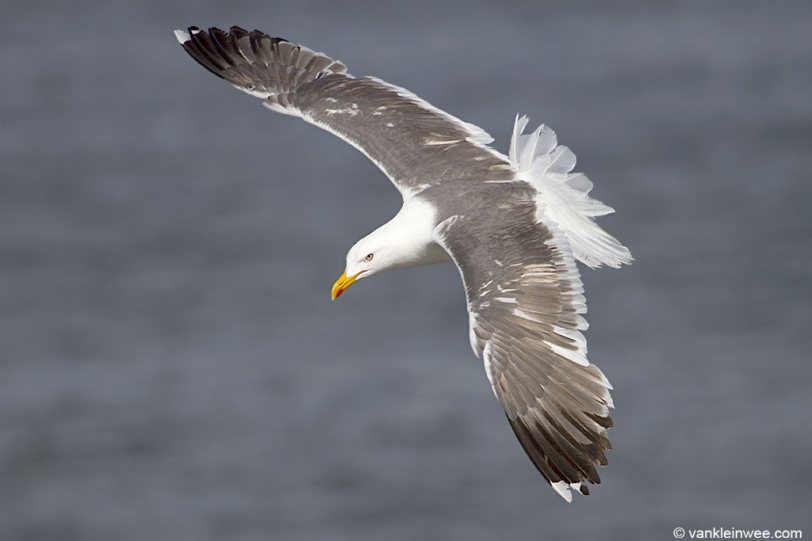 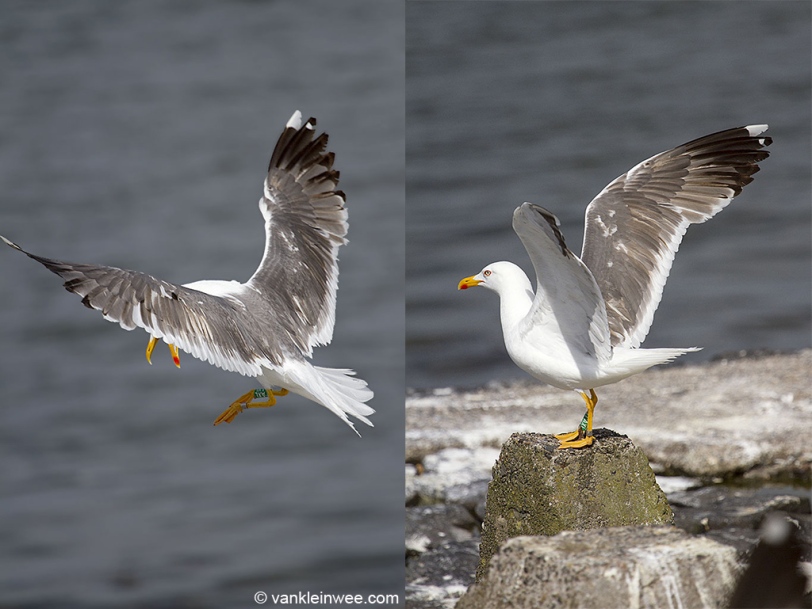 With Great Cormorants Phalacrocorax carbo in the background: 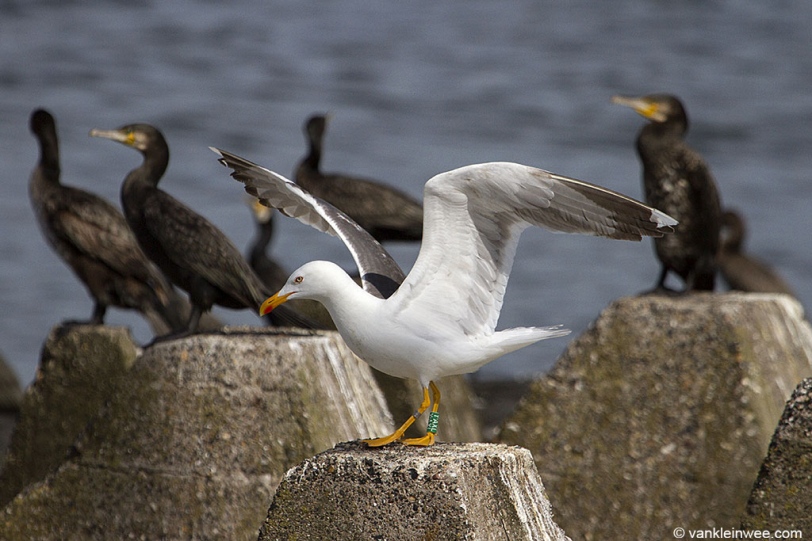 Because YAXL also showed itself well in 2015, it is interesting to compare the photos of both years.

The photos are taken almost to the day: 1 July 2016 and 6 July 2015. Note the subtle differences in plumage (click for a large image): 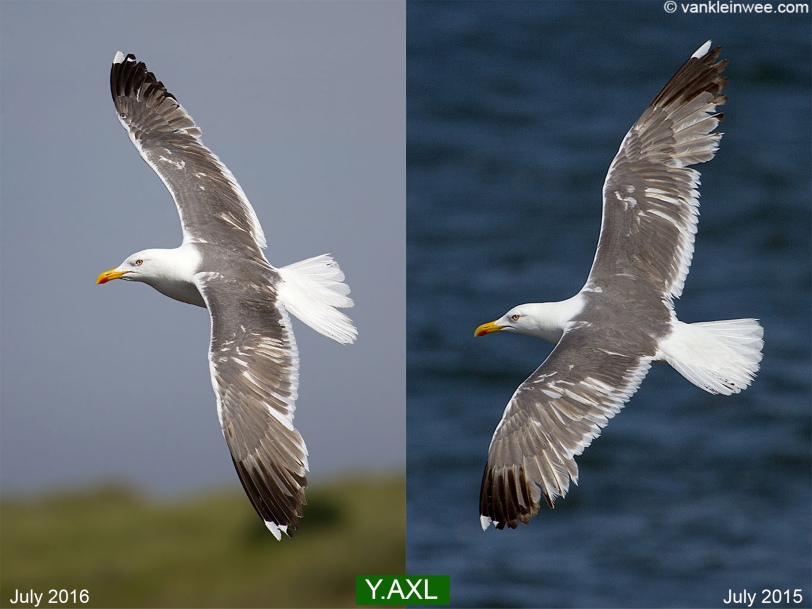 I’m already curious to see how YAXL will look next year!