Spending 2 days on the North Sea beach of the isle of Terschelling on November 24 and 25 resulted in seeing 8 ringed Caspian Gulls from 4 countries.

Many thanks to Jacob and Nancy for their hospitality!

Third-calendar year. Ringed in south-west Poland near the Czech border as a pullus in 2015.

Second-calendar year. Ringed as a pullus in 2016 in the same colony as Red 879P in south-west Poland near the Czech border. 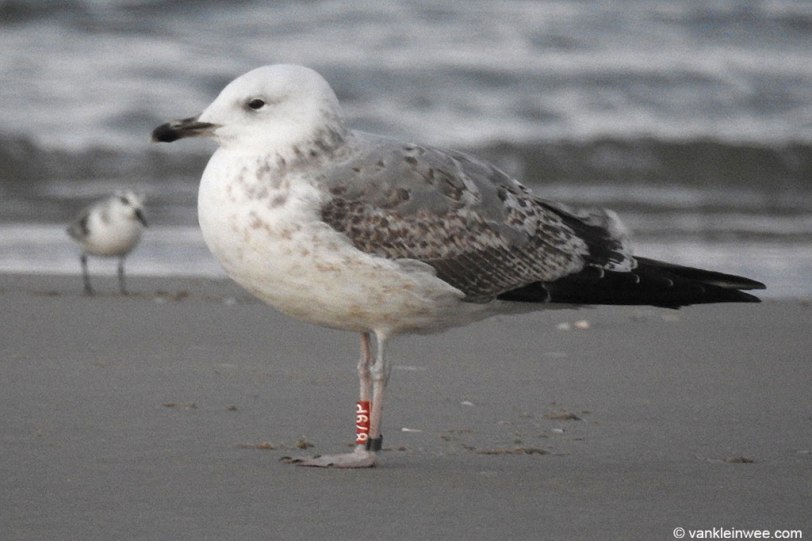 Interestingly, this is one of the very first colour-ringed birds that I have read when I started reading ringed gulls back in 2009. I came across it while on a paleagic trip on the North Sea somewhere off the Dutch coast in October 2009:

It has also been observed in the UK regularly.

It was great seeing it for the second time so many years later.

First-calendar year. Ringed in south-west Poland near the Czech border as a pullus in 2017.

First-calendar year. Ringed this year in the mixed colony of Gräbendorfer See, Brandenburg, Germany near the Polish/Czech border. Possibly has some Herring Gull genes.