When I observed Lesser Black-backed Gull Green YBMT last year in it’s fifth calendar year, it stood out because of its sub-adult plumage: there was no mirror on P10 and P9 and the underwing coverts had brown edges. 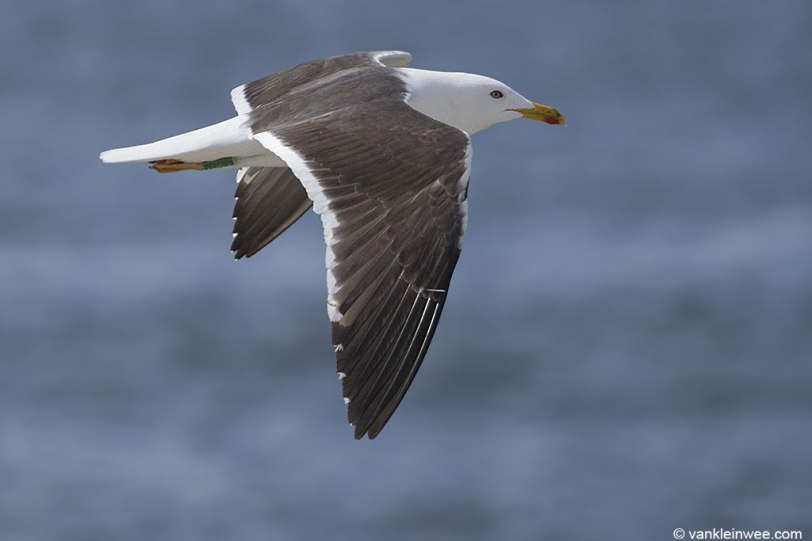 This year, YBMT has returned to the colony and is still showing a plumage that is not fully adult: a mirror has now appeared on P10 but it is relatively small and has a diffuse edge, some of the upper wing coverts have a brown hue and many of the under wing coverts still have brown edges.

All images were taken in the gull colony of IJmuiden Forteiland, the Netherlands, 9 April 2018.