Images of (presumed) hybrid Lesser Black-backed Gull x Yellow-legged Gull Green YCMP during the breeding season of 2017 in the gull colony of IJmuiden, the Netherlands.

Note that the exact species of both YBVA and YCMP is unknown and that this combination of species is presumed, based on documented cases of such breeding pairs in the past. Other options such as hybrid Lesser Black-backed Gull x Herring Gull or ‘pure’, lighter mantled graellsii’s are considered but currently ruled out until more information becomes available.

Request for photos: we are very interested in the plumage progression of this gull over the coming years. If you see Green YCLD, please take photos of it, especially of a spread wing and tail. This will help us to further determine the species and compare it with known species. Please submit your sighting to Kees Camphuysen: Kees.Camphuysen [at] nioz.nl (and please copy me on it: gulls@vankleinwee.com). Thank you!

We first discovered YCMP on May 22, after it had recently fledged. In order to be able to follow its progress, we fitted it with a small red color ring.

On June 26 it was large enough to be fitted with a coded colour ring and a metal ring. The uncoded red color ring was removed.

As can be seen, its juvenile plumage is very much like that of a Lesser Black-backed Gull. 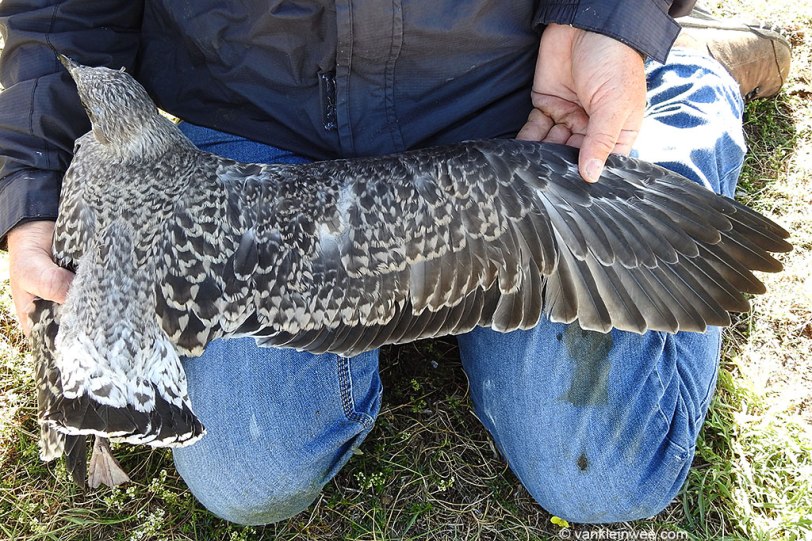 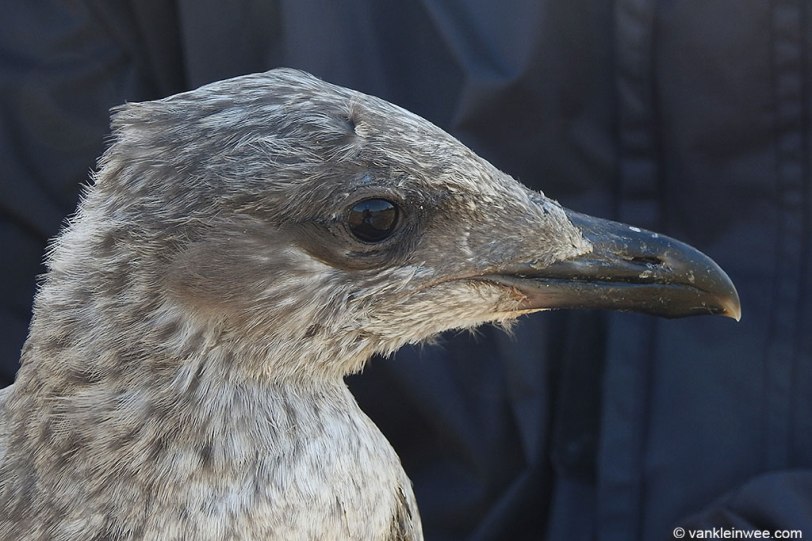 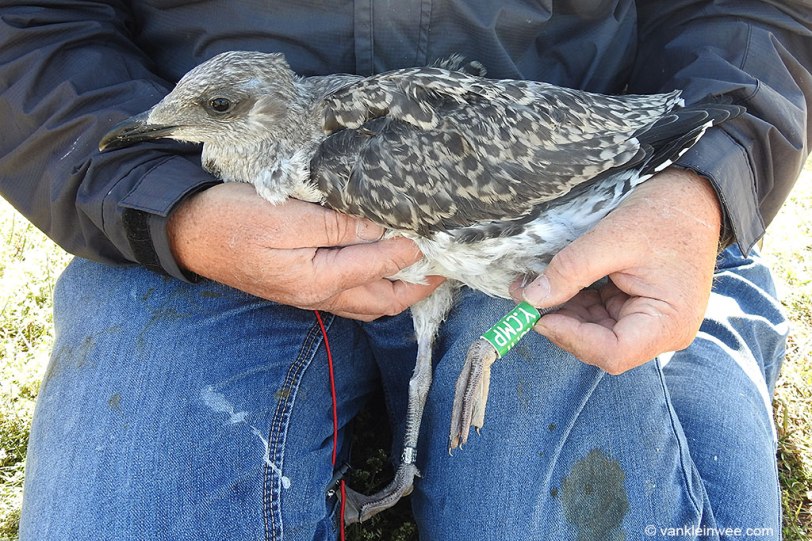 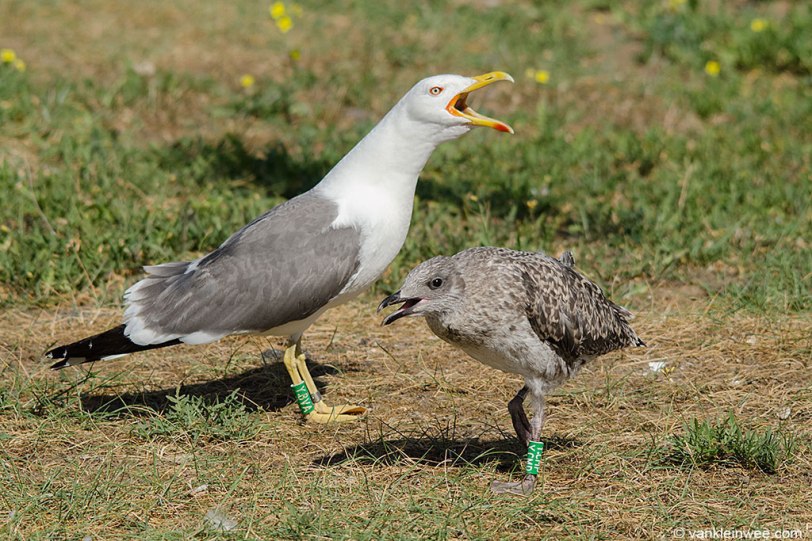