After posting a video a few days ago showing a pair of European Herring Gulls (Larus argentatus) displaying the choking behavior, Phil commented:

What are the Herring Gulls doing at 1:15 (and onwards)? Is that some sort of regurgitating motion? I’ve never seen that before in gulls – though I know that parrots will do something similar when pairing up.

Good question, Phil. I’ve been wanting to write a post about this for some time but felt I didn’t have enough examples to show, but now is as good a time as any I guess.

Here’s the video once more:

The behavior displayed at 1:15 (and also at 0:22) is called “choking” and very much resembles a regurgitating motion.

In this display, the gull squats and bends forward with the bill pointed down while the head makes rapid downward movements without touching the ground. As can be seen in the video as well, the tongue bone is lowered, creating a “bulge” in the throat.

During this display, a muffled rhythmical sound is given.

Here’s another video that I found in my archives showing the same display in Lesser Black-backed Gulls (Larus fuscus). It was taken in one of the large gull colonies near the port of Rotterdam in The Netherlands in April 2012:

Here is another one taken in the same colony in May 2012:

And one more of a pair of Lesser Black-backed Gulls:

Read the story behind this scene here.

What is this display for?

Niko Tinbergen in his book The Animal in its World (1972) writes that it is a ritualized display, originating from either depositing nesting material,  regurgitation or both.

To my understanding, choking can be displayed in the following contexts: 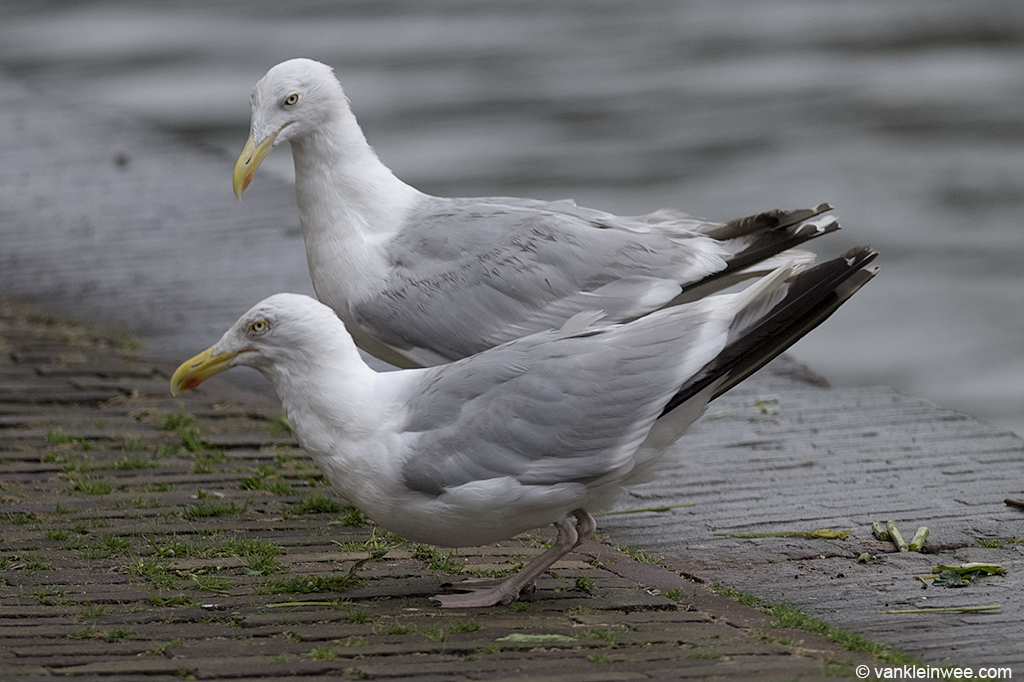 Two adult Herring Gulls displaying aggressive behavior including mew-calling and choking. A little later, the aggressiveness turned into a brief fight. The photo was taken in a city center where gulls commonly breed on flat roofs. Leiden, The Netherlands, August 2012. 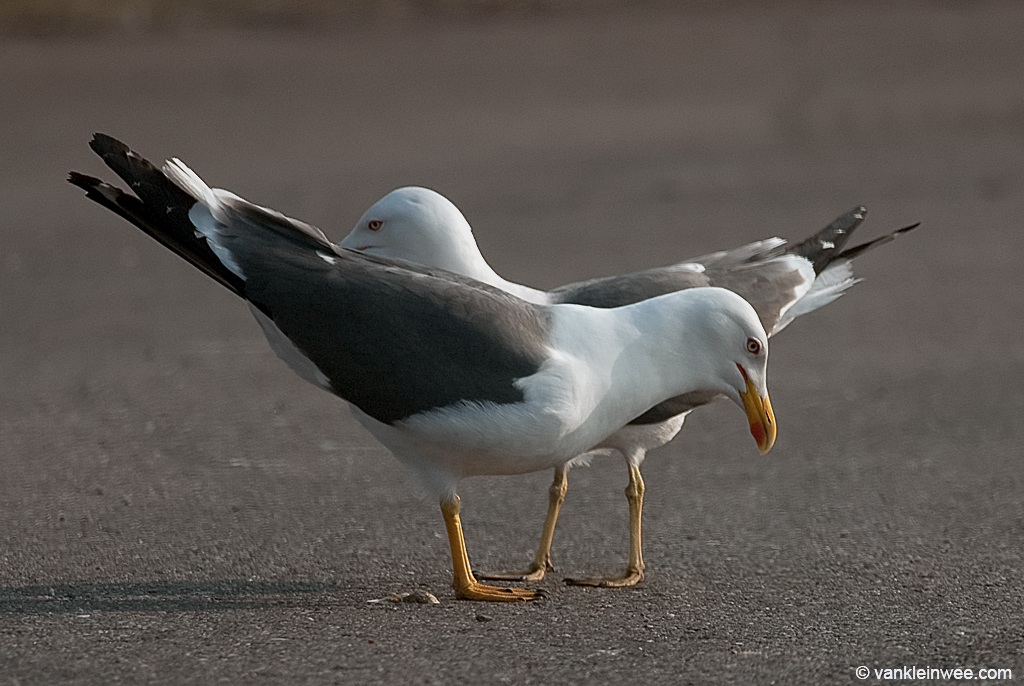 A pair of Lesser Black-backed Gulls choking, aimed at another pair (not in frame). This scene took place just yards from a large gull colony near the port of Rotterdam. April 2011.

How common is this type of behavior in gulls?

This type of behavior is common in all if not most species of gulls, including Kittiwakes. It seems to be often accompanied by mew-calling, especially when the context is pair-bonding.

Here are some references that I found on the internet:

For me, choking is one of my favorite of gull displays. I couldn’t really believe that this type of behavior occurred in gulls when I first saw it because it looks so out of place.

It is difficult to capture this behavior in photos, but here are some more examples anyway. I hope you enjoy them as much as I do: 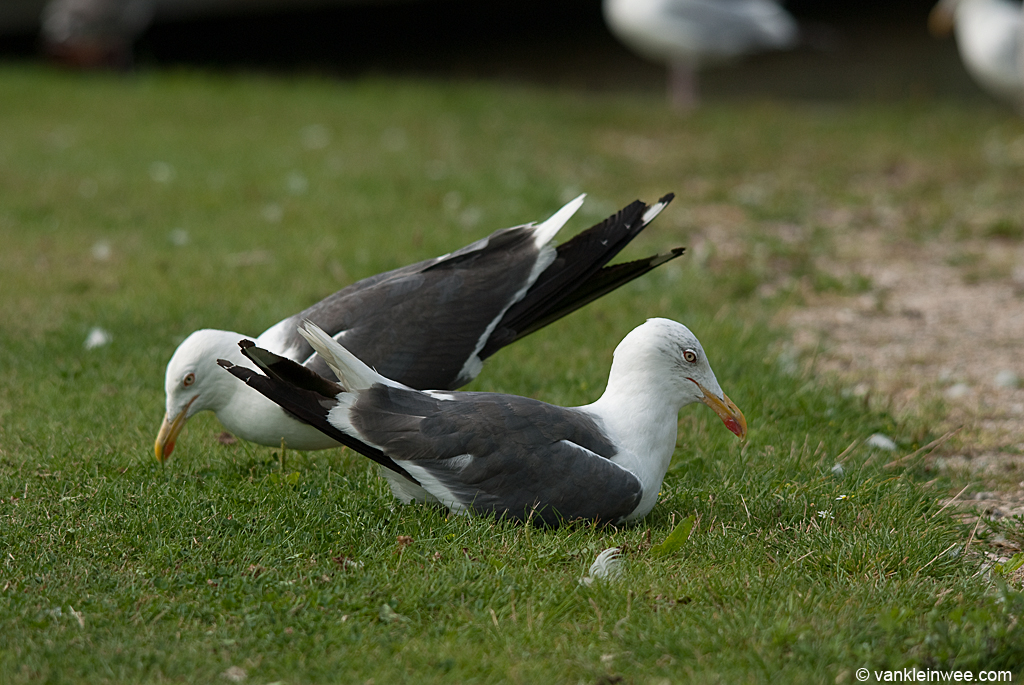 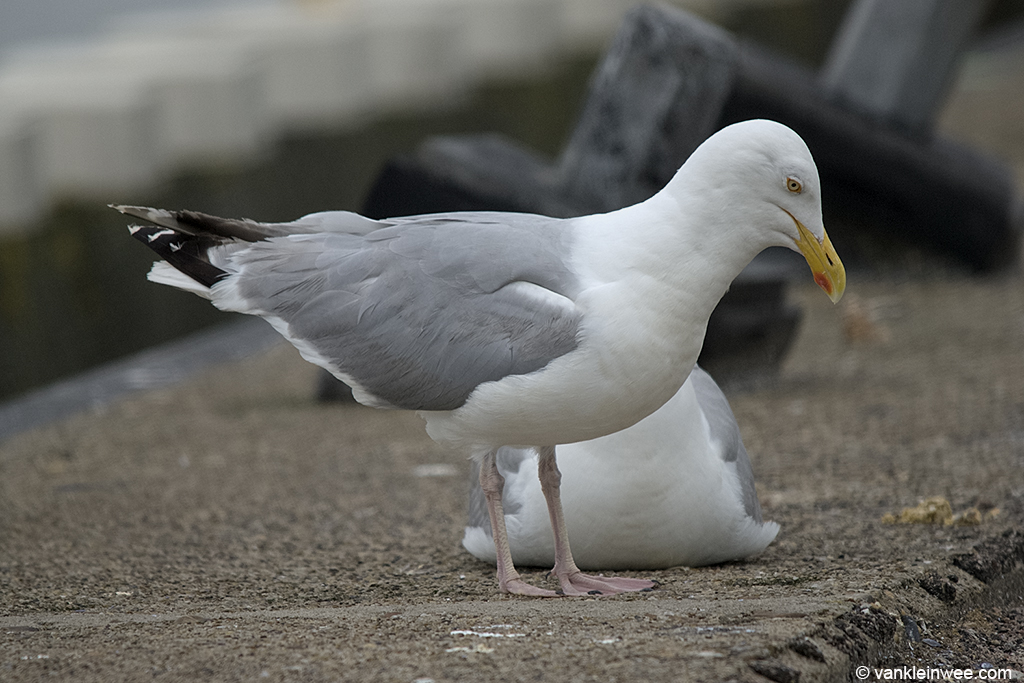 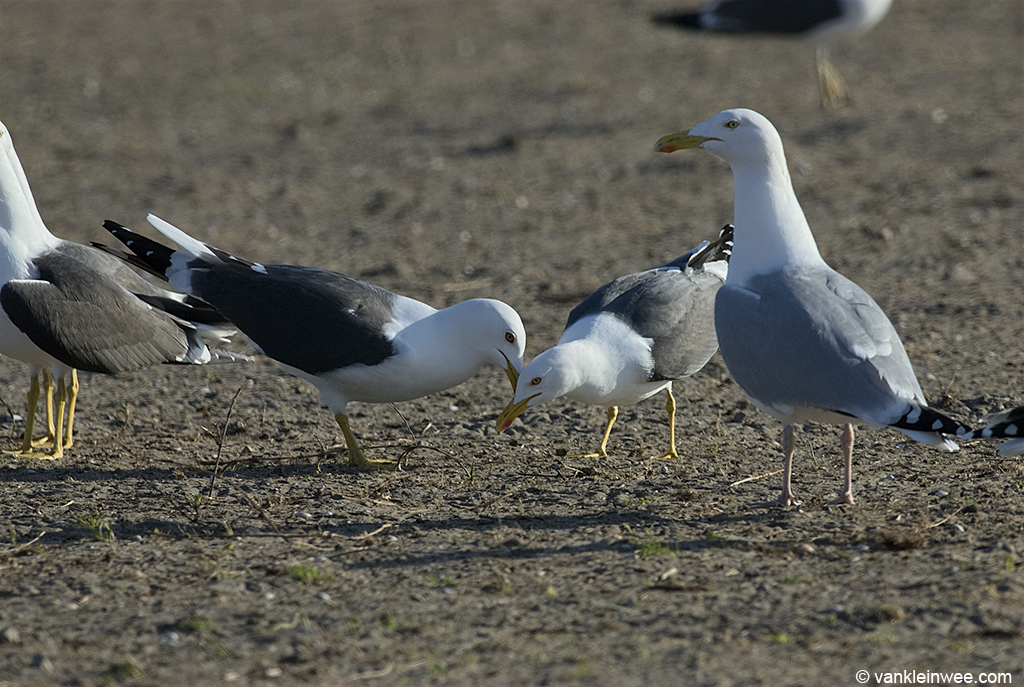 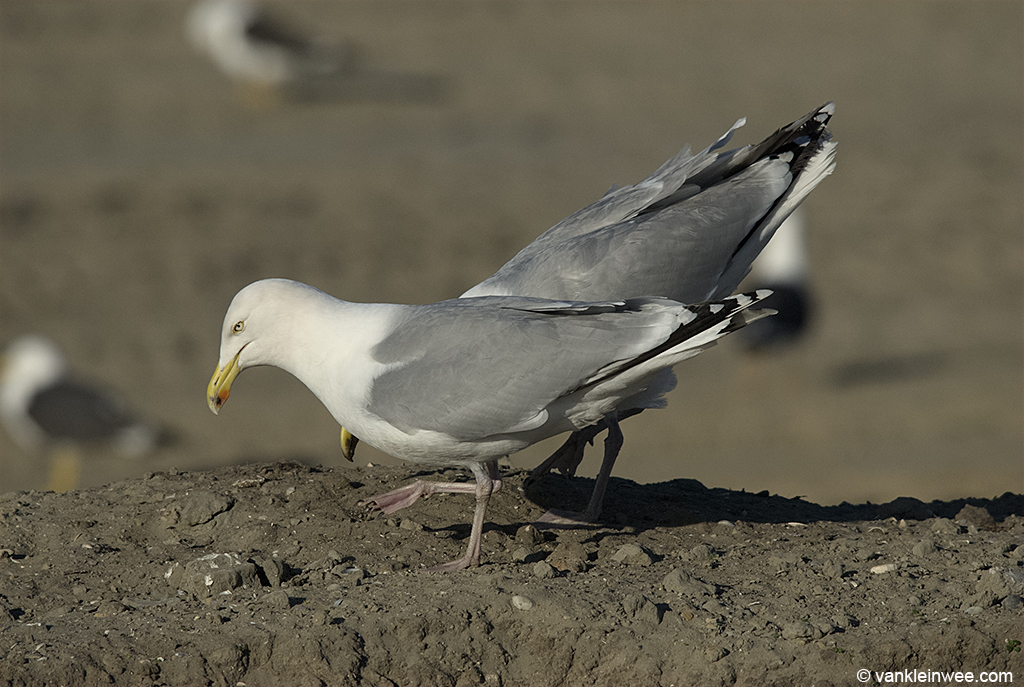 A pair of European Herring Gulls choking in the gull colony. Europoort, Rotterdam, The Netherlands, March 2012. 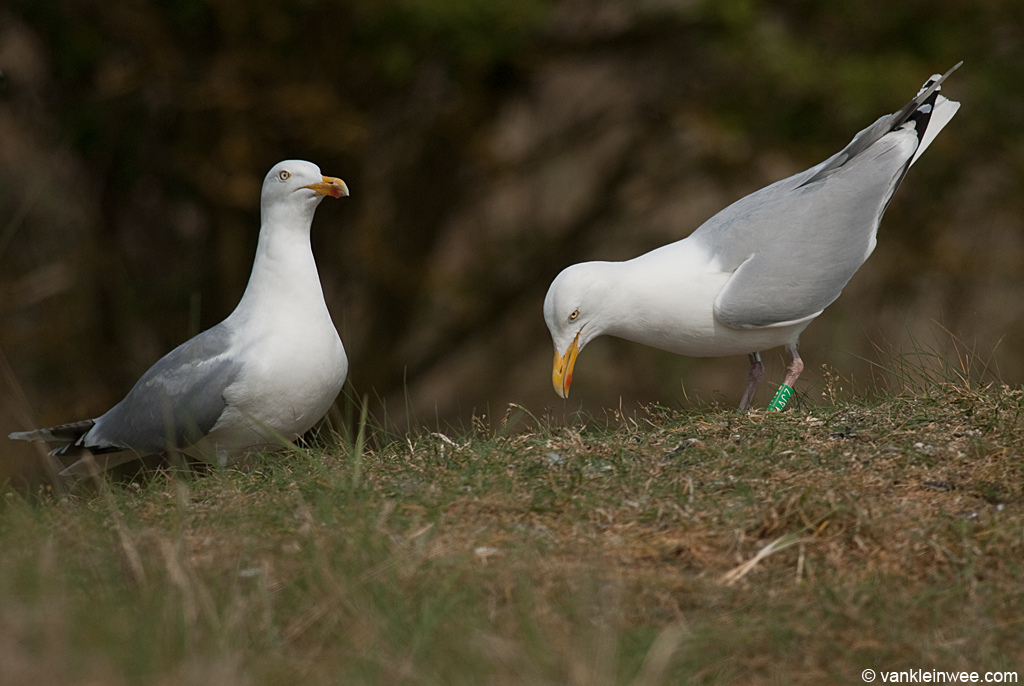 Femaile European Herring Gull choking next to male partner. Gull colony on the isle of Texel, The Netherlands, May 2011.

Birds of the Western Palearctic interactive

The Animal in Its World – Niko Tinbergen, third printing 1975

The Evolution of Behavior in Gulls – Niko Tinbergen (1960)